The other day I was at the gym running on a treadmill and surfing through channels on the wall of TVs in front of me. I happened to pause on a certain channel to hear a televangelist sharing very strong opinions about Christian parents who let their kids attend public schools. He didn’t have very many nice things to say, and he began to hurl insults at several Christian colleges who no longer taught biblical principles that were up to his standards.

On the next TV, I flipped over to hear former NFL head coach Tony Dungy talking on the “Today Show.” They were asking him questions about the recent controversy in Miami revolving around NFL player Richie Incognito and the reports of him using racial slurs to bully a teammate. Dungy pointed out that the issue of bullying and hurtful words goes way beyond the NFL, and that all people deserve to be treated with love inside and outside of the workplace.

Within a handful of minutes on two side-by-side screens, I heard one man using Christianity to tear people down, and one man who didn’t mention God or Scripture at all, but encouraged us to love our neighbors.

When I got home, I opened my Bible for the next day of my daily Bible reading plan. I happened to be in Philippians 1 that day, and I was particularly caught off guard by verses 15-18:

It is true that some preach Christ out of envy and rivalry, but others out of goodwill. The latter do so out of love, knowing that I am here for the defense of the gospel. The former preach Christ out of selfish ambition, not sincerely, supposing that they can stir up trouble for me while I am in chains. But what does it matter? The important thing is that in every way, whether from false motives or true, Christ is preached. And because of this, I rejoice. 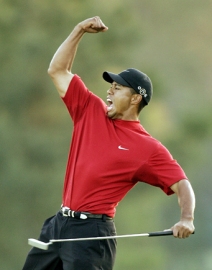 In my mind, the two gentlemen I saw on TV that morning represented the two different perspectives Paul mentions here. The evangelist sure seemed to be speaking with selfish ambition, while the NFL coach seemed to have an overall attitude of goodwill. Originally I found myself mentally doing the Tiger-Woods-fist-pump-of-victory and applauding Tony Dungy for using his platform to spread love instead of hate. But Paul’s words caused me to pause mid-fist pump. “The important thing is that in every way, whether from false motives or true, Christ is preached.”

Sadly, a lot of Christians have said and done a lot of things in the name of Jesus over the years that—in my mind—were not very helpful. A lot of negative and hurtful words have been used to preach Christianity that seem to “stir up trouble” more than spread the good news of the Gospel. Am I reading this passage correctly—that even these selfish claims are worthy of Paul’s rejoicing?

I do believe it’s true that each of us has our own social circles, and we each attract certain types of friends. There are many people I will never meet and many people I don’t have a lot in common with, so it will be difficult for me to talk with them about my relationship with Jesus. The opposite is also true, and I can probably make a difference in some areas that others can’t.

Maybe someone running on the treadmill next to me needed to hear the evangelist’s words about public schools, and I would agree that there are a bunch of colleges out there that have strayed from their original Christian heritage. Let’s also not forget the fact that a Christian message was being broadcast on television in the first place. That by itself is a cool thing that may deserve some rejoicing.

While Paul does say that both cases can bring about a positive result, he also makes it clear that there is still a better way to preach Christ. When using words like envy, rivalry and goodwill, I don’t think it is very difficult for us to figure out which method Paul would prefer that we use. In 1 Peter, we’re told to live with “gentleness and respect, keeping a clear conscience, so that those who speak maliciously against your good behavior in Christ may be ashamed of their slander.” A few verses earlier, Peter asks the rhetorical question, “Who is going to harm you if you are eager to do good?”

One thought on “Why Tony Dungy deserves a fist pump”