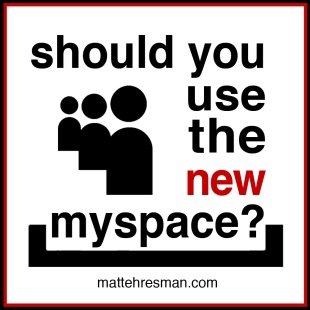 Nearly a year ago, I remember arriving to a movie theatre for a midnight premiere of a new film. Soon after I got a drink and sat down, I pulled out my phone to check in on Foursquare. I shared my excitement and anticipation with friends on Facebook, and (just in case it would one day be cool) I updated my profile on Google+.

Last week, America’s favorite boy-band-lyricist-turned-Hollywood-heartthrob who starred in a movie about The Social Network posted a video via a different social network to let us know that MySpace still exists.

And not only does it exist, but it’s back. And Justin brought it back.

Many people in our generation are early adopters of social media. Maybe you remember the days when you had to have a .edu email address to join Facebook or you chronicled every high school relationship on your Xanga, secretly hoping to garner more comments than your previous post.

Since social media significantly influenced many of our crucial development years, we often feel pressure to instantly jump on the next big thing. We’re always on the lookout for “cool,” because as we learned from The Social Network, cool is a “priceless asset.”

According to a recent Pew Research study, about two-thirds of American adults use Facebook. Around 15% are also users of Pinterest, Instagram, LinkedIn, or Twitter, with some of them also involved with Tumblr, Flickr and others. So, do we really need to jump on board to the new MySpace? Should we just link all of our accounts so all of our messages are identical on every medium? Or is “social media fatigue” finally beginning to set in, and maybe the time has come to reassess our online communities?

We all crave human connection, attention and affection, and social networks are a fun and simple way for us to get some of those things. However, you’ve probably also already heard the arguments that online friendships cheapen human communication and we end up losing out on life experience if we obsess over shareable memes or fun filtered photos.

And it’s true. It is easy to spend so much time pondering creative hashtags or positioning our camera phones just perfectly to get that cool burst of sunlight that we rarely fully soak up the moment we’re trying to document.

So, yes, the new MySpace looks nice (dare I say, “cool”?). It’s clean and looks to integrate video and music in a much more streamlined fashion than Facebook or Pinterest.

But it’s another. And soon there will be another another. Maybe this new MySpace will somehow find a way to prove to us that it’s worth our time and different enough that it will fill some other void in our social spheres. Whether it does or not, may we remember to heed the wise words of Paul in Ephesians 5:

“Be very careful, then, how you live—not as unwise but as wise, making the most of every opportunity, because the days are evil.”

In this passage, Paul specifically mentions getting drunk on wine, but for those of us with so many distractions vying for our attention (social networks or anything else), it’s important for us to be careful with how we spend our time. Earlier in this passage, Paul warns us to “have nothing to do with fruitless deeds.” Of course social networks are neither good nor evil in and of themselves, but are they helping our ability to “make the most of every opportunity,” or are they merely “fruitless deeds”?

The letters of 2 and 3 John end with almost identical wording. 2 John 12 reads, “I have much to write to you, but I do not want to use paper and ink. Instead, I hope to visit you and talk with you face to face, so that our joy may be complete.” And again in 3 John 13-14: “I have much to write you, but I do not want to do so with pen and ink. I hope to see you soon, and we will talk face to face.” Both Paul and John did not shy away from utilizing mediums other than face-to-face communication, but they did recognize that some conversations are best to have in person.

When opportunity arises, do you take advantage of it, or do you pull out your phone to capture it on Facebook, Twitter, YouTube, Pinterest, Tumblr and the rest? It’s fine to utilize new forms of communication, but are you sacrificing your face-to-face relationships?

Whether or not you choose to adopt this network or whatever comes after it, remember to be careful with how you live—and what you “like.”

2 thoughts on “Should You Adopt the “New” MySpace?”

My name is Matt. I'm a strange hybrid of creativity and organization. I like to write, design, film, edit, and create stuff. Learn more here. 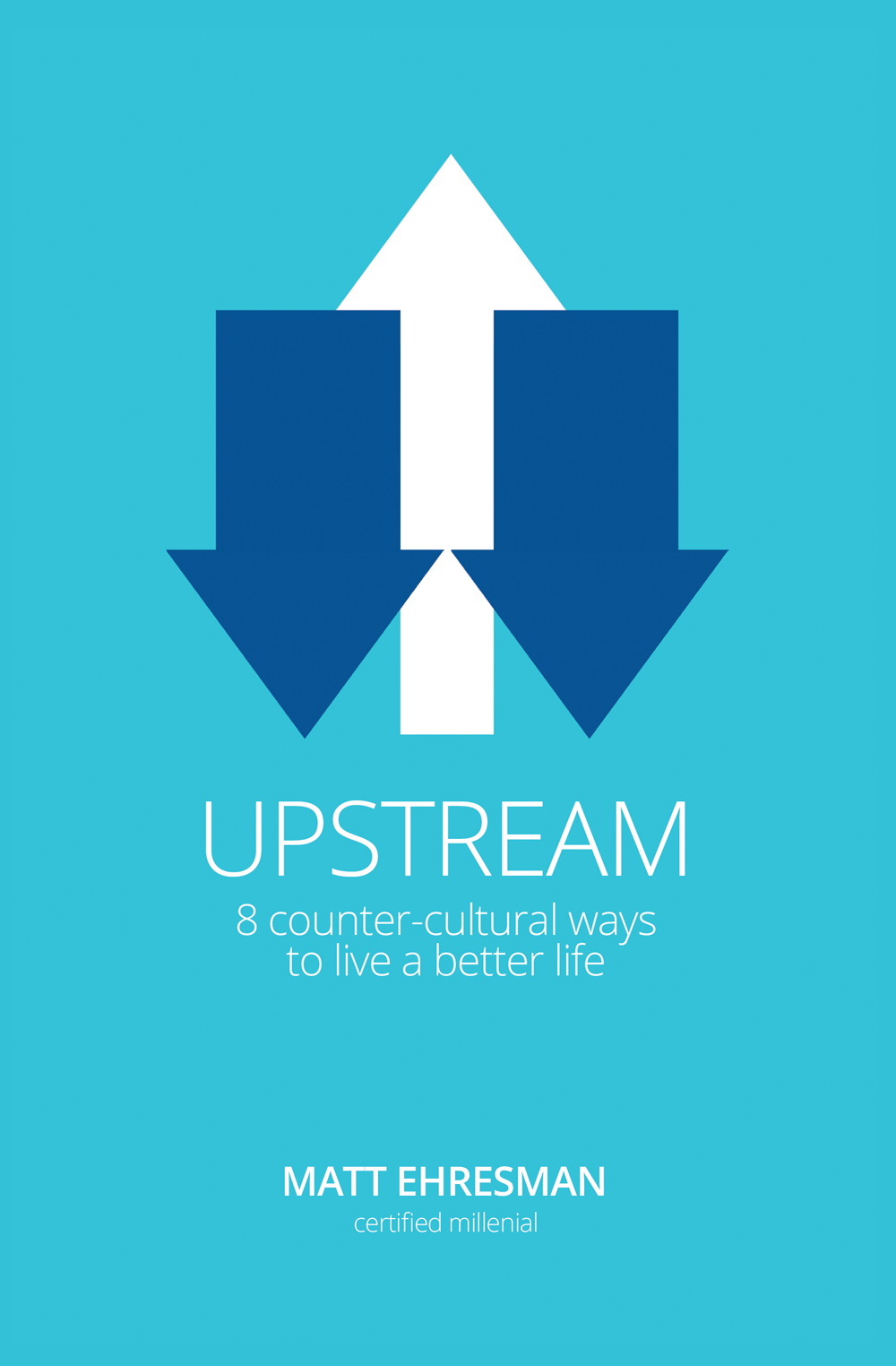